I am a Graduate of New Bern Senior High School in New Bern N.C. I attended Lenoir Community College in Kinston N. C. studing Commercial Art & Design. Upon completeing my education, I was offered an apprenticeship at an Advertising Agency in Virginia Beach Va. However, I leaped into the working force of the real world. I was a Store Manager for a Goodyear Service Center in Morehead City, N.C. for 4 years. I then was promoted to Store Manager of a Goodyear Service Center in Charlottesville Va. for 2 yrs. I made a nice profit in my store in Charlottesvile, Va. and was promoted to COO for 6 Goodyear Tire Centers in N.C. and Virginia.

I moved to Florida in October of 1992. I raced Stock & Pro Outboard Hydroplanes for 12 years traveling up and down the eastern part of the United States. I was a service advisor for Mitsubishi, at Cannon Buick-Mitsubishi for seven years. Where I met my wife to be Suzie Morgan ( she drove a Mitsubishi Eclipse Turbo 4WD).

I met Suzie in 1994, and we were married in June of 1995. We have a handsome 15 yr. old son Shaun who attends All Saints' Christian Accademy, where he is a member of the Golf, Basketball and Lacross Team, and a good student. I worked as Operations Manager-Safety Director for The Electric Company and Subsidiaries, my wife's family business, for 10 years until the company closed in August of 2009.

We opened Laser Engraving & Design in August of 2009.

Saturdays by Appointment Only!

Personalize it to make it your own! 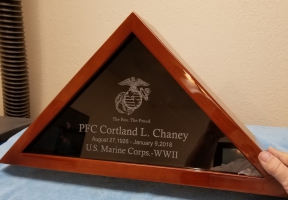 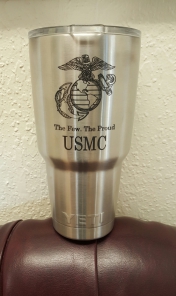 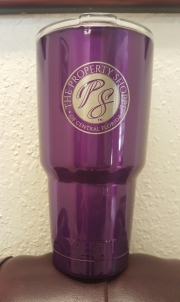 Yes! We can engrave your Powder Coated YETI! 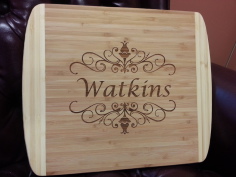